64 instances of attacks on healthcare since Ukraine war started 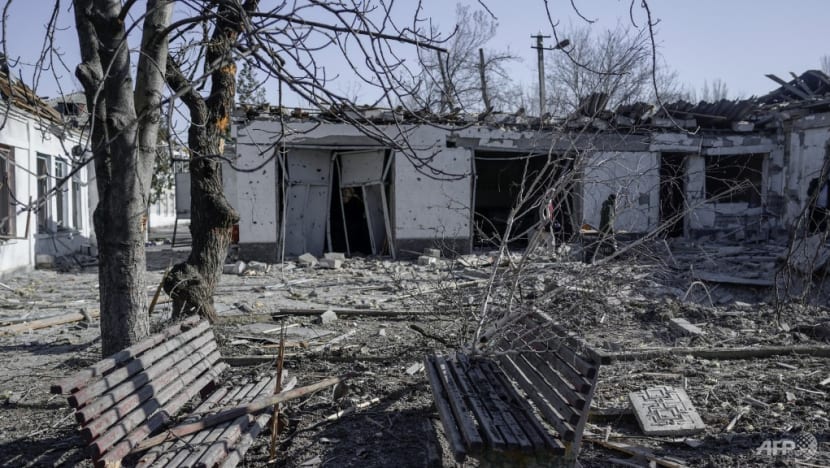 The World Health Organization (WHO) said on Thursday (Mar 24) that it had verified 64 instances of attacks on healthcare in Ukraine between Feb 24 and March 21 resulting in 15 deaths and 37 injuries.

Close to 7 million Ukrainians have been internally displaced in the one month of war, with one in three of them suffering from a chronic health condition, according to the global health agency.

Pressure has been mounting on medical professionals and volunteers from Ukraine and abroad to keep the country's healthcare system going, since the start of the Russian invasion.

The conflict, which began on Feb 24, has caused more than 3.6 million refugees to flee Ukraine and already led to the unprecedented isolation of Russia's economy due to sanctions.

Limited access to medicines, healthcare facilities and staff in Ukraine is further pressuring ongoing treatments of chronic conditions, the WHO said, adding that half of the country's pharmacies were thought to be closed.

The war has also impacted COVID-19 vaccinations and routine immunisations in Ukraine, the health agency said.

Between Feb 24 and Mar 15, COVID-19 vaccines were administered to 175,000 people, compared with at least 50,000 vaccinations per day before the Russian invasion, according to the WHO.

4
Please log in to like, share and comment!
Categories
Read More
Health
5G in Healthcare Market to Represent 74.5% CAGR till 2027
Market Highlights According to MRFR analysis, the global 5G in healthcare...
By Riya Joshi 2022-01-03 11:33:32 0 181
Other
Global Automation Testing Market Trends, Segmentation, Regional Outlook, Future Plans and Forecast to 2027
Global Automation Testing Market: was valued at US$ 15 Bn. in 2020 and is expected...
By Akash Pingale 2022-06-16 09:05:59 0 56
Literature
Demonstrate Off Your Exciting Facet This Time Along with the Panda Hat!
Winters are chilly and elements are extraordinary, so snuggling up warm should really be the...
By Wangjunyu Wangjunyu 2022-07-28 04:43:15 0 52
Other
Global Tunable Laser Market Precise, Powerful, & Measurable, New Vision, Recent innovation & upcoming trends, Industry Growth Reports
Global Tunable Laser Market is growing with the CAGR of 8.9% in the forecast period of...
By Digital DataB 2022-11-24 08:33:28 0 4
Other
Tight Gas Market COVID-19 Impact Analysis, Demands and Industry Forecast Report 2027
Tight Gas Market Overview: The Stellar Market Research (SMR) report analyses the manufacturer's...
By Pranit Savgave 2022-08-18 09:05:48 0 30